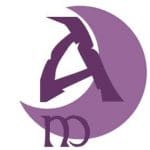 Animalia is the scientific name for the class of all animals, including everything from insects to primates. I am a huge admirer of all non-human creatures, not just the cute and furry ones; I am genuinely fascinated by creepies and crawlies as well. Realistic animals don’t feature often in my work. I don’t feel like I do them justice. When I have made them, these works have usually been requested as private commissions or made as special gifts.
The current environmental crisis, caused largely by us humans, is dominated by concerns for the future of our own species. But all life on our planet should be respected if not cherished; every living thing has a right to be here.

Ceramic, glass and beads
The start of a new series that will focus on creatures that people perhaps don’t love as much. Many of our attitudes to animals are contradictory and hypocritical. I want to explore this by producing a body of work that focuses on those animals we choose to define as “pests”.

Glass, unglazed ceramic, cement mortar
A gift for my sister, a memorial of her beloved Boxer family.

Glass on ceramic
I love frogs.

Ceramic, glass
A commission about sustainability for a small garden at the childcare centre.

Ceramic Tile on Cement Fibre Board
Part of the same commission.

Ceramic
An early piece for a client who wanted a piece to remember her mother by.

Glass
A gift for a special work colleague.

Glass, beads, silver wire
An early piece for a national mosaic exhibition. In mythology, Arachne was a Greek weaver who offended the goddess Athena. After she killed herself, Arachne was transformed by the goddess into a spider.

You can find some more fanciful creatures here.

Thanks to everyone who braved the cold and came ou

Bit of fun putting up our new exhibition, “On th

Nothing like homemade bread, fresh out of the oven

A few pieces currently on display @incube8r in th